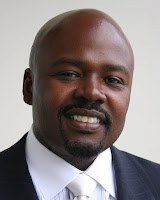 A NATIVE SON OF Chicago, John W. Fountain is an award-winning columnist, journalist, professor and author of the memoir, True Vine: A Young Black Man’s Journey of Faith, Hope and Clarity (Public Affairs, 2003) and Dear Dad: Reflections on Fatherhood (WestSide Press, 2011). His essay, “The God Who Embraced Me” appears in National Public Radio’s book, This I Believe (Henry Holt Books, 2006), as part of the nationally acclaimed series initially started by Edward R. Morrow. Fountain is a professor of journalism at Roosevelt University and a weekly freelance columnist for the Chicago Sun-Times. In spring 2020, Fountain was named a 2020-21 Fulbright Scholar to teach at the University of Ghana in Accra and to conduct research on a project titled, “Africa Calling: Portraits of Black Americans Drawn To The Motherland.”
In 2016, 2014 and 2011, Fountain received the Peter Lisagor Award for Exemplary Journalism for columns published in the Sun-Times. Fountain won the Lisagor Award in the category of news column or commentary among daily newspapers with a circulation of 250,000 or more from the Chicago Headline Club—the largest local chapter of the Society of Professional Journalists in the country. In 2014, Fountain was awarded best column by the Illinois Press Association.
In 2020 and 2018, Fountain was a Lisagor finalist for “Best Column” and for “Best Individual Blog Post – Independent” also in 2020. In 2015, Fountain was a Lisagor Award finalist for online best Feature for a series on a Little League Baseball team in suburban Chicago: The Sweet Season. In 2013, he was a finalist for the National Association of Black Journalists “Salute to Excellence Award” in the magazine category for his first-person feature “Murder Was the Case” in Ebony (July 2012). In 2012, Fountain received the Illinois Associated Press Editors Association Award and the Chicago Journalists Association Sarah Brown Boyden Award for his column in the Sun-Times. 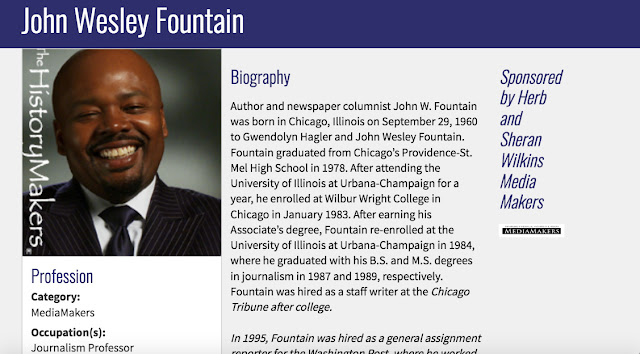 In a journalism career that has spanned more than 30 years, Fountain has been a reporter at some of the top newspapers in this country. From 2000 to 2003, he was a national correspondent for The New York Times. Based in Chicago, Fountain covered a 12-state region. He also has been a staff writer at the Washington Post and the Chicago Tribune. He has written for the Wall Street Journal, Chicago Sun-Times, Modesto Bee, Pioneer Press Newspapers in suburban Chicago and the Champaign News-Gazette.
He was formerly a tenured full professor at his alma mater, the University of Illinois at Urbana-Champaign, and visiting scholar at the Medill School of Journalism at Northwestern University in Evanston. In addition to working as a national correspondent, Fountain has been a crime and courts reporter as well as a general assignment reporter and features writer. 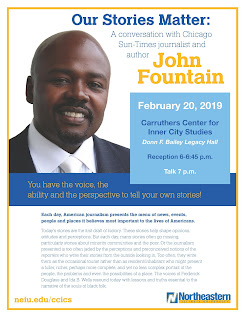 Fountain was a 2009 fellow at the Knight Digital Multimedia Center at the University of California-Berkeley. At Roosevelt, he teaches Media Writing, Personal Journalism/Memoir Writing, Convergence Journalism, News Reporting, Literary Journalism and Special Projects courses.
In 1999, Fountain was one of 12 American journalists selected for the prestigious Michigan Journalism Fellowship for the 1999-2000 class at the University of Michigan in Ann Arbor. Fountain studied inner-city poverty and race. Fountain earned his bachelor’s and master’s degrees in journalism from the University of Illinois at Urbana-Champaign.
Over his career, Fountain has won numerous honors for feature writing from the National Association of Black Journalists, the Associated Press, and the American Association of University Women, among others. In 2003, he was a finalist in feature writing and sports writing for the Peter Lisagor Award for excellence in journalism. He continues to be an invited guest on local and national radio and television news shows and has appeared on National Public Radio, Chicago Public Radio, WGN-TV, NBC-Channel 5, ABC-Channel-7, WTTW’s Chicago Tonight and numerous radio shows. 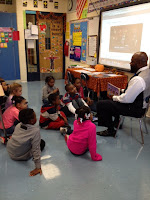 Fountain frequently speaks across the country to inner-city youths, at schools and other groups. He shares his inspirational story of going from poverty and the urban mean streets of Chicago’s West Side to the top of his profession.
Inspired by Fountain’s essay for the acclaimed National Public Radio’s This I Believe series, “Dear Dad” is a compilation of true narratives written by some of the nation’s finest journalists and writers. Fountain’s most recent book projects are: “No Place for Me: Letters to the Church in America” and “Son of the Times: Life, Laughter, Love and Coffee,” a book of essays.
Fountain Joins Journalists' Panel
Laquan McDonald Case