Portraits of Life: Not One of The 51, But A Life No Less Cherished 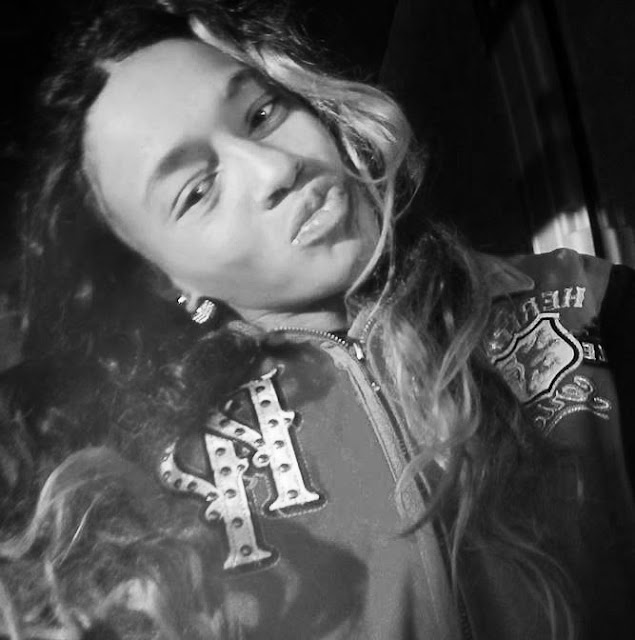 MISSING, LOST, CAPTURED, murdered… For some, these words will never appear outside of crime T.V. shows and breaking news reports. But for 46-year-old Kristena Hopkins, these words are commonplace in both her personal life and career.

Where many people might run in the opposite direction from this brand of violence, Hopkins tackles it head-on. Through her involvement in Mothers Opposed to Violence Everywhere (M.O.V.E.), Hopkins is dedicated to her role as director of Missing and Murdered Women.

Hopkins was first called to advocacy after her 26-year-old cousin Shantieya Smith—mother of a 6-year-old—was found murdered in 2018. Smith’s body was found badly decomposed beneath a car in an abandoned Chicago garage on the city’s West Side, so unidentifiable that only dental records could prove her identity.

“Sometimes it does get unbearable,” said Hopkins. “But you have to just keep acting strong. Someone’s gotta do it.”

According to Smith’s autopsy report, her body went undiscovered for over a week. Extreme tissue loss and even evidence of maggots were reported in the examination. The only substances found in her system were trace levels of nicotine and alcohol. Smith’s likely cause of death was blunt trauma to the head and neck, her body left to decompose underneath a car. The coroner’s final conclusion: Homicide.

Two years later, however, Smith's case remains unsolved. Still, Smith’s mother, Latonya Moore, and other family members, are certain of one thing: Smith was murdered, and they believe they know who did it. According to Hopkins, they have the tears, text messages and tenacity to prove it. And yet, their tears, hope and wait for justice continues.

Hopkins and other relatives of Smith first became concerned when she missed a family get-together. With the help of Rev. Robin Hood, a West Side pastor and community activist, Hopkins began a community search party for Smith. Hopkins encouraged Smith’s mother to file a police report, and the two labored to raise awareness about the case, she said.

Smith’s family and friends believed she was last seen with a Chicago man sporadically involved with Smith since 2011. Text messages proved their interaction, and Booker’s violent tendencies were on-par with the vicious way in which Smith was murdered, all of which they say they shared with police, though no charges were made.

After what the family characterized as a disappointing amount of support from local law enforcement, Hopkins said she realized that something had to change.

“Police need to take these leads seriously,” said Hopkins. “If they did, maybe she could have still been alive.”

Moore, Smith’s mother, immediately took to social media to rally the support of her community. As a mother, Moore was fiercely determined to not only bring justice to Smith, but also her young daughter.

“Why has a killer not been charged yet? I need justice for my family and daughter. Lori Lightfoot needs to find these killers and hold them accountable for their actions.”

Moore and Hopkins share a similar goal: To find Smith’s killer, hold him accountable and work to fix the broken justice system that seemingly failed their family. But above all else, Hopkins expressed a deep longing to humanize Smith and other women like her cousin, labeled in America as drug addicts or prostitutes and forgotten.

According to Hopkins, Smith’s daughter, now 8, still refuses to talk about it. She doesn't like to hear her mother’s name. At night, she sometimes sleeps with a pillow that has Smith’s face on it.

“I was one of the closest cousins she had,” explained Hopkins. “She would call and I would come and get her out of the house, just to have a one-on-one talk. I’d take her out to eat, show her that there were things to look forward to. We’d go to the suburbs, just for her to see a change. All I do know is that the police are labeling her in a certain way, and that’s just not true.”

Hopkins’ reason for resilience lies in her unrelenting search for answers, and her own continuing battle with grief. According to Hopkins, Charlie Booker could have conspired with an accomplice in Smith’s murder. Despite forensic analyses, police investigations and community support, solving Smith’s case has proved to be a difficult, if not never-ending struggle.

“It causes us to fight more, and fight harder,” said Hopkins. “And now, we’re helping others.”

In the years following Smith’s murder, Hopkins devoted her life to fight for other victims of violence. Rev. Robin Hood, the Organization Founder of M.O.V.E, named Hopkins director of Murdered and Missing Women. In this role, Hopkins has been able to advocate for the unsolved murders of 51 Chicago women, support education and after school programs in Chicago’s West Side, and organize families to speak out against violence.

“Sometimes it does get unbearable,” said Hopkins. “But you have to just keep acting strong. Someone’s gotta do it.”

It’s been over two years since the murder of Shantieya Smith. There are still no answers, only years of suffering for a family still in mourning. For Smith’s young daughter, just a pillow with her mother’s face on it.

While Smith’s case has gone unsolved, Hopkins, Moore and her Lawndale community are determined to make sure her memory is never forgotten. This past July, Smith’s family held a party on what would have been her 28th birthday. On a street corner, they released balloons, signed cards, and, most importantly for them, stood in solidarity for all the unsolved homicide cases of women in Chicago, in Smith’s honor, in respect for so many lives taken, and in the hope that their loved ones will someday find justice.