Portraits of Life: A Protector & Sister Stolen; A Family Still Waiting For Justice 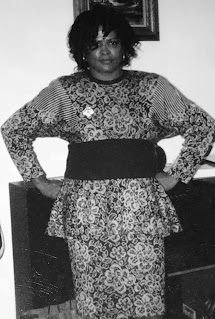 GWENDOLYN WILLIAMS WAS a protector, a loyal big sister with a “heart of gold,” true-blue. She was Rosa Mae Pritchett’s firstborn. And no matter how old she got, she was always her baby girl. Gwen’s sturdy light-caramel arms could cradle a younger sibling and also hold danger at bay. She was strong, a lover not a fighter—unless she had to be.

Gwen knew the streets. Chicago's mean streets, growing up in the sixties and seventies, had taught her that her little sisters and brothers needed a guardian angel, at least someone to keep them from the elements that consign countless children in hardscrabble urban neighborhoods to poverty and hopelessness.

Shaped by the bell-bottom and Afro wearing “Black power” 70's, Gwen was a peace, love and Soul Train child. She harbored no hate. The hateful act inflicted upon her body and soul decades later, however, would leave a lasting scar upon her family who, many years later, still hope for justice for Gwen. Some day…

"My sister didn’t deserve the way she died. ...It still hurts me to this day. You can’t have closure when your wound is still open." 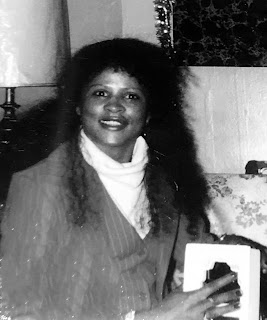 Gwendolyn Williams was born the eldest of Rosa Pritchett's six children on Oct. 6, 1957, in a late-autumn day in the midst of red-hot southern segregation in Montgomery, Alabama. Gwen and two of her siblings moved with their mother to Cleveland, Ohio, in 1964, then to Chicago the following year. It was toward the end of the historic northern migration of southern Blacks, recalled the eldest of the four sisters, Rosa Lee Pritchett, named after her mother and whom the family called “Lil Rose.” Their mother was “Big Rose.”

The family settled on the South Side, near 35th Street, in the shadow of the White Sox’s Comiskey Park, recalled the two youngest sisters, Audrey Blinstrup, 53, Sharon Pritchett, 49, born after the move to Chicago. Gwen was the consummate big sister—babysitting, cooking, and shielding her sisters and two brothers from hurt, harm and danger.

“She was a loving person. You never heard anything mean come out of her mouth. Never ever,” Blinstrup said.

She was also a “tough cookie,” even at only 5’4” and petite, with pretty brown eyes. Like the time, Lil Rose, now 57, recalled, when a group of little girls, likely jealous, were throwing spitballs at Gwen and her little sisters during service at the 39th Street Church of Christ. “Gwen said, ‘Don't worry, I’ll take care of this,’” said Lil Rose. She never knew what Gwen did. But the spitballs suddenly ceased.

Gwen loved to dance. Her face lit up as the music and rhythms coursed through her body and gentle soul. She also liked to cook: collard greens, homemade cornbread, southern cuisine, including the family delicacy: chitterlings. Gwen always insisted that she be the one to clean them with her mom, Gwen’s attention to pulling off the fat and rinsing the chitterlings of all foreign matter next to godliness.

Church on Sundays and several times during the week was the family’s routine. Even when Gwen was grown and gone, she knew enough whenever she visited home to bring her “church clothes” so she could attend Sunday morning worship.

Inasmuch as she was well versed in Bible teachings, Gwen had been baptized in the unforgiving lessons of the streets. She understood that the streets could be consuming, cold and cruel. That the streets could inflict lasting scars. Dissolve innocence like Alka Seltzer tablets, and entrap young women—and young men—in swirling waters from which they might never escape.

And they did. Sharon earned a doctorate in business administration and currently works as a senior administrator for a major national health network. Audrey is an administrator at four Chicago area schools. Lil Rose is a caregiver at a nursing home. All three sisters say they are proud products of Gwen’s protection and that their big sister celebrated each and every graduation along the way, smiling for photos and basking in the glow of their achievements.  There was, however, no protection for Gwen from Chi-Town’s streets.

On Wednesday June 12, 2002, she was found strangled and lifeless, covered in blood. Her body had been discarded behind a Dollar Store in the 4800 block of North Sheridan Road. Police officials reported that Gwen’s body was half dressed and that she had drugs and alcohol in her system. Investigators also found semen and a stranger’s skin beneath her nails—evidence that Gwen—the fighter—had put up a fight. She was 44.

Sharon is still haunted by the call that morning from police with news about Gwen. The night before Gwen had been at her house caring for her as she was mending from surgery. The two sisters had sat in bed watching movies, laughing, Gwen planting kisses on her sister’s dogs. Princess, a Dalmatian, still had Gwen’s red lipstick on her black-and-white spotted face when the phone rang with news of the murder.

The impact was greatest on their mother. A part of her died that day. She was never the same, although she mustered the strength to make arrangements to bury her child and to pick a dress in the mother’s favorite color: royal blue. 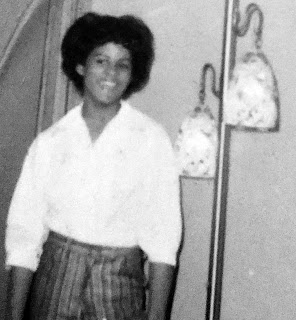 This much is clear: Gwendolyn Williams was not a prostitute. And even if she was, she was not expendable.“My sister didn’t live that lifestyle, she wasn’t a prostitute,” Pritchett said. “This is what it’s all about: creating a false narrative about the lifestyle she lived, which dismisses her case, because she’s ‘not worth it.’”
Blinstrup agrees that such labels diminsh the lives and deaths of Black women and contributes to the lack of public outcry over the murdered and missing cases of women of color. “Whether she’s a woman from the other side of the tracks working on Wall Street found raped and murdered, or a woman you deem as a prostitute who has ‘no value,’ she was loved.”

“A life is a life. ...And a murderer is free to continue to go kill somebody else's sister or somebody else's daughter. It’s almost like we’re saying, 'go head and kill off the black women. Like you're saying, ‘It is okay 'cause it was just another black woman.’”

The sisters had hoped to tell their mother someday that Gwen’s killer had been found. She died September 30, 2018, the case still unsolved, despite evidence that had uncovered a suspect in recent years who has never been charged.

“My sister didn’t deserve the way she died,” Rose Pritchett said. “And it still hurts me to this day... You can’t have closure when your wound is still open. …It’s still heartbreaking.”

Since Gwen’s murder, her siblings have gone back again and again to the site where her body was found. Drawn by memories, by unseen forces, still searching for answers, for resolution and for justice for Gwen who lies buried in a South Side cemetery a few feet from her mother in a royal blue dress.