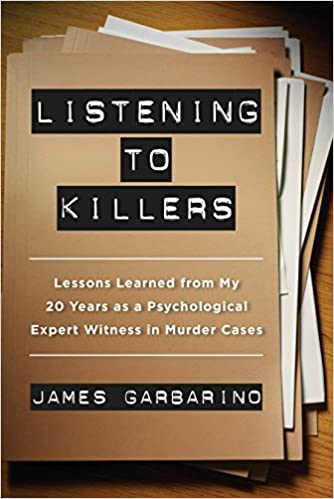 By Sydney M Mishler
London’s Jack the Ripper targeted women who worked as prostitutes, mercilessly cutting his victim’s throat and mutilating their bodies in the late 1800s. The Boston Strangler is believed to have murdered at least 11 women in Boston between 1962 and 1964. They were among the world’s most infamous serial killers.

But Chicago is not immune nor without its own horrid history of serial killings. Consider H.H. Holmes, a mustachioed serial killer who murdered and mutilated nine women, possibly more, lured into his so-called hotel on Chicago’s South Side during the 1893 World’s Fair. The hotel, later dubbed the “Murder Castle” was the grisly scene of Holmes’ butchery, though historical accounts, some of them said to be exaggerated, place the number of Holmes’ victims as high as 200.

John Wayne Gacy is another in the history of Chicago serial slayers. In 1978, Gacy, dubbed the “Killer Clown,” confessed to having raped and murdered dozens of young male victims and was executed by lethal injection on May 10, 1994. Before Gacy there was Richard Speck. And after Gacy, Hubert Geralds, dubbed the “Englewood Strangler,” convicted in November 1997 of the murders of six women.

The strangulation deaths of 51 Chicago women since 2001, according to analysis of Alexandria, Virginia-based Murder Accountability Project, is the work of at least one serial killer. City officials so far have declined to attribute the murders to a serial killer as police continue to investigate, according to the authorities. The case, so far, still remains unsolved.

But answering how and why someone becomes a serial killer is not a mystery to experts like James Garbarino, psychological expert witness in murder cases and professor of psychology at Loyola University. Garbarino has served as an expert witness for 28 years since his first case in 1992, and over the course of the last five years he has been involved in over 50 cases. Uncovering the the forces that help create a serial killer is what many experts have dedicated their lives to; and painting a portrait of what lies in their mind, which Garbarino deems a worthwhile undertaking in hopes of understanding serial murderers ultimately for the good of society.

Garbarino, author of “Listening to Killers: Lessons Learned from My Twenty Years as a Psychological Expert Witness in Murder,” said children who grow up to become serial killers are not “monsters.”

“The monstrousness is often how they were treated and what they do,” Garbarino explained, citing abuse and mistreatment as potential contributing factors. “If you really take the time to try and understand with an open heart and an open mind, you can see how things arrive and how they change in the future.”

Garbarino spoke about all of the qualities and life experiences that craft a life of violence, a life that leads to killing. He highlighted the inequalities in American life such as, economic inequality that has been linked to violence, lack of universal healthcare that prohibits professionals from pinpointing the troubling characteristics of children and prevalent racism, all these factors that present so clearly in the American criminal justice system. “The likelihood that a low-income black kid will commit a murder is eight times what it is for a white kid,” said Garbarino.

Sasha Reid, PhD. in Developmental Psychology at the University of Toronto, insisted that studying serial killers are created by a complex pathway in isolated lives that are painful and lonely. In Reid’s dissertation, “A Perfect Storm: Mapping the Life Course Trajectories of Serial Killers”, she stated that serial killing “is an expression of deep maladjusted psychopathology that began early in childhood. It is the overt expression of unmanageable psychological distress.”

“Far from being born evil, the mechanisms that come together to shape the criminal trajectory and lives of serial killers are deeply complex and can be traced to painful experience; hurt is at the centre of their behavior,” concluded Reid.

Painting the picture of serial killers and their motivation behind their ruthless acts is something experts have spent decades doing, hoping their conclusions could collide with justice. Garbarino speculated that the 51 women strangled in Chicago is most likely the work of a male serial killer, due to the common sexual component reportedly found in serial killings.

“I can see why an outside group (MAP) would suspect it’s one or more serial killers because of the commonality of experience between these women,” said Garbarino, referencing the 51 murdered Chicago women. “Some male or two or three males who have sexually traumatic childhoods who have rage against women, probably because of their mothers, to start with and so they get into this, this makes sense to them.”

Understanding serial killers is one thing but bring them to justice should be the main thing, according to  Beverly Reed Scott, a  Chicago community activist and writer, has become an advocate for the 51 mostly Black women. "This is an epidemic. If it had been a different demographic it would be different” said.

Reed Scott has held vigils for the murdered women and continues to work to keep their story in the media spotlight, seeking justice and closure for their families. some of them still waiting after nearly 20 years. "They may be gone in body, but we still have an obligation to honor these lives,” she said.