Portraits of Life: Beyond Chicago, Evidence of The Toll of Murder Against Women of Color 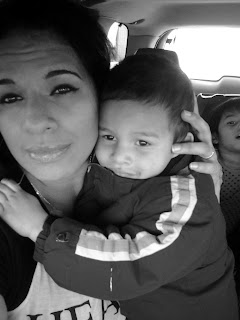 By Nick Ulanowski
SHE WAS MADY PEREZ's sister. A “free spirit.” The “one in my family that always gave the best, big hugs.” She was the sister who gave the kind of big bear hugs that swallow you with a sense of warmth and love and that will forever linger in her family’s memories.

With brown eyes and auburn hair, her younger sister could light up a room when she walked in, Perez recalled. She “trusted easily,” “loved profoundly,” and her laughter was “always filled with life.”

That's who she was. That’s the way her family will always remember her. Not the way police say she was taken from them, from this life and from all of those who loved her. Her name is Jessica Flores.

“No matter what you were going through, no matter what was going on, she had a lot of love,” Perez said, remembering happier times. “She always had that laughter, that deep voice with the big laughter.”

“She was always a butterfly, protector and went out of her way to make others feel better.”

“She was the life of the party. If everybody was shy and bored or didn't want to speak up, she'd get everybody going. That’s who she was. She walked into a room and she could light it up,” said Perez.

Her sister is among the quantifiable thousands of murdered or missing woman across the U.S. They are women whose cases go unsolved and whose families too often are left searching for answers and justice. Often thought of as an urban issue that afflicts women of color, particularly those whose at-risk lifestyles place them in harm’s way, the scourge of deadly violence against women knows no boundaries.

It stretches beyond the 51 murdered mostly Black women in Chicago identified by the Alexandria, Virginia based Murder Accountability Project and believed to have been committed by at least one serial killer, and beyond the untold stories of numerous other police documented cases of murdered women in Chicago are cases in the suburbs and sleepy towns across America.

Jessica Flores’ family is among them.

Indeed, Flores was a 36-year-old mother of six, who lived in south suburban South Chicago Heights. In February 2019, her family reported her missing. That month, police reportedly found a car Flores had been driving in South Chicago Heights. Set on fire, the car’s back seat was covered with blood and reportedly contained some of Flores’ belongings.

Still, Flores’ family clung to hope, forming search parties with police and others. A year passed without no luck, although police in that time filed murder charges against a 42-year-old Gary man in connection with Flores’ disappearance, even though her body had not been found. Police later dropped the charges against the man.

In April 2020, about 14 months after Flores’ disappearance, a city worker made a grisly discovery in a wooded area in Gary, Indiana: a skull and a human spine.

The Lake County Coroner’s office identified the remains using dental records and DNA evidence to be Flores with the assistance of the Indiana State Police and the Lake County Homicide Unit, the authorities said.

In some ways, the discovery raised more questions for the family than it answered. It also has caused Perez to reflect, without judgment, on the circumstances that may have placed her sister in harm’s way.

“My sister made mistakes with her drug addiction, but I can tell you one thing: She battled her demons,” said Perez. “My sister had a mental health illness. She was diagnosed with bipolar. And when she wasn't on her medication, she’d have those relapses to do drugs.

“So, a lot of times, what would trigger her to not take her medication for her mental health illness was being in bad, toxic relationships with a man,” Perez said. “And then she would end up going to drugs.”

The impact of drug addiction is well documented, according to the U.S. National Institute on Alcohol Abuse and Alcoholism, which reported in 2015 that about 1 in 10 American “have had drug use disorder at some time in their lives. Additionally, research conducted by the National Epidemiologic Survey on Alcohol and Related Conditions and published in 2008 in the National Library of Medicine in 2008 found that about one in four of those with mood disorders, such as bipolar, have used drugs and/or alcohol to self-medicate.

Perez said she believes some men and women prey on drug-addicted women like her sister and sell them to human traffickers, adding that she is aware of women being trafficked at truck stops and in back rooms at nearby sex toy stores and strip clubs.

“Addiction is one of the most powerful tools human traffickers have to coerce, manipulate, and exploit victims,” according to Polaris. “By creating or perpetuating a dependency on opioids and acting as a means for continued access, traffickers can prolong exploitation situations.”

According to analysts, apparently no one is immune.

According to a 2017 Pew Research Center survey, 46 percent of U.S. adults “say they have a family member or close friend who is addicted to drugs or has been in the past.”

Perez can attest to having witnessed the impact of drugs, the struggle to break free and stay clean, and the dangers lurking in the streets that too often claim the lives of people like her sister.

“She may have made a mistake, she may had done something, but when she saw you, it was like that was behind her,” Perez said. “She was living for today and moving forward.” 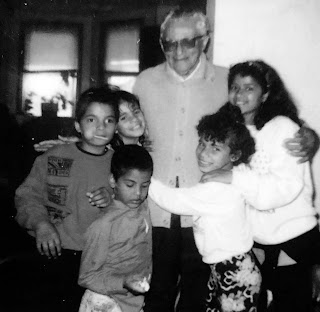 Still, months since the authorities identified her sister’s body, it is difficult for Perez to fully accept that Jessica is gone, despite the autopsy and what police say. But one thing is clear: Jessica deserves justice.

The reality for so many murdered Black and Brown women, and poor women of all races, is clear to families still longing for justice and their cases solved. That reality: That they are not treated as if all women are created equal.

“I’ve seen it. Not just on the street, walking the towns… But even with the police and the way they interact and that sense of dehumanization,” Perez said. Except, they’re human, flesh and blood, and heart and soul, and unforgettable hugs and smiles.

And Jessica Flores was someone’s sister.