Editor's Note: Story Updated Below due to Illinois State Police report in 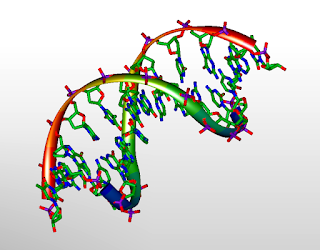 They wait for weeks, months, years for their perpetrators to be arrested. They wait while living in fear and full of anxiety as their perpetrator walks free. Their families wait with no closure and an alleged murderer or rapist of their loved one goes free. They wait, knowing and fearing the potential that a murderer or rapist could kill or sexually assault someone again while their DNA is being processed. They wait, knowing justice may never come.

In January 2020, nearly three years after the 2017 brutal murder of Diamond Turner, 21, an investigation led to the arrest of Arthur Hilliard, a man long identified as a suspect in the case. It was widely reported that DNA processing was delayed in the case, which resulted in  Hilliard’s release.

During this waiting period and his release, Hilliard pleaded guilty to stabbing to death another woman, identified by police as Andra Williams, 52. It was finally the results of DNA, police officials said that led to the arrest of Hilliard, then 52, for Turner’s slaying for which he has been charged with first-degree murder.

Critics point to the case as another illustration of the impact of a delay in DNA results, stemming from a logjam at Illinois State Police crime labs, which they argue prolongs the wait for justice. And that delay, they say, impacts not only murder cases but also cases of sexual assaults, leaving victims and their families in a painstaking state of grief and limbo, and waiting for justice that is often a long time coming, if it ever comes.

Sarah Parsons, now 23, was sexually assaulted in Chicago August 2017 and didn’t receive her rape kit back until September 2019. She waited 25 months for her perpetrator to be “formally charged with a felony criminal sexual assault.”

Parsons said in a recent interview that during that time she was given no information regarding where her rape kit was in being processed at Illinois State Police crime labs.

“I genuinely thought they were never going to test my kit,” Parsons said in an interview. “I’m ready to move on and continue healing from it. But the wait and sporadic events I need to be there for with my case can resurface trauma, which is difficult to deal with when it arises.”

Indeed the arrest of alleged rapists and murderers is often delayed, sometimes because of DNA backlogs at Illinois State Police crime labs, critics have argued. In November 2018, DNA backlogs became evident in more than 750 murder cases over the previous three years, according to the FY19 DNA Testing Accountability Report.

On June 30, 2019, Illinois State Police laboratories had only 63 fully trained forensic scientists employed. According to the report, “based on the number of submissions and current technology, the Illinois State Police laboratories has determined a staffing level of 90 scientists in the Biology section is needed, supported by evidence technicians, technical DNA managers, clerical, and maintenance personnel, to not only address additional submissions, but to also reduce the backlog in the Biology section.”

Some find the facts contributing to the state police's DNA backlog hard to digest.

“The first reaction to that information is just pure frustration,” said Mallory Littlejohn, legal director at Chicago Alliance Against Sexual Exploitation (CAASE). “The second reaction is I’m not surprised.

“At so many points around the system, the Illinois State Police, the Chicago Police Department, the State’s Attorney’s office, you see resources and staffing as a barrier to justice for people,” Littlejohn added.

There are currently 24 forensic scientists in training, officials said. Illinois State Police has also approved 10 additional forensic scientists to begin training. “Full training of a Forensic Scientist in both screening of biological fluids and DNA techniques currently takes approximately 19-24 months,” according to the report.

The report claims that the lack of “non-scientific laboratory support and forensic supervisory positions” being filled leads to forensic scientists having “to perform critical evidence technician, managerial, and clerical duties rather than analyzing cases.” And that leads to the inability to complete analysis on assignments, which leads to higher backlogs.

The Sexual Assault Evidence Tracking and Reporting Commission in summer 2018 drafted a proposal for an online DNA tracking system that would enable victims and their families to track rape kits, providing greater transparency.

“The ISP is currently working on the Sexual Assault Evidence Tracking System online to show where each kit is from hospitals, to law enforcement, to labs, to the courts,” Cepeda explained, adding that a site is now in development.

“The ISP is already posting forensic stats online and the additional transparency that will come with the online tracking system is motivating criminal justice stakeholders to improve outcomes even before it’s online,” Cepeda added.

According to the report, the online tracking system would give victims or victim’s families the ability “to track the location, lab submission status, completion of forensic testing, and storage of sexual assault evidence” through “a uniform statewide system.” Littlejohn said.

The Chicago Alliance Against Sexual Exploitation’s director, welcomes the change.

“The online tracking, at a minimum, can help ease some of the anxiety related to waiting for your DNA to come back,” Littlejohn said.

For law enforcement, it’s also apparently a win-win. “An ultimate goal for all criminal justice stakeholders is that justice is never waiting on forensics whether it is an unsolved cold case, a hot investigation, a case ready for trial, or post-conviction claims of innocence,” Cepeda said.

Online tracking of DNA kits is also meant to give victims and their families a greater sense of comfort, knowing that their DNA isn’t lost. However, online tracking doesn’t necessarily mean DNA will be processed faster.

Parsons said in an interview that the wait that for some stretches from months to years can feel “like a looming dark cloud.” An online tracking system has the potential to ease some of the anxiety in victims and their families.

“I hate most(ly) everything about the process,” said Parsons, a graduate student studying criminology and criminal justice at Loyola University. “But the wait time is what can heighten already anxious feelings.”

And yet, the projected coming change may help reassure some waiting for DNA results that their waiting will not be in vain.

Illinois State Police announced at a hearing in early December 2020 that they have cut their backlog of DNA tests nearly in half since March of 2019. Officials said the State Police Division of Forensic Services reduced their backlog of DNA samples from 9,289 in March 2019 to 4,857. The backlog in DNA samples is attributed to robotics, and more forensic scientists that have also helped reduce turnaround times.